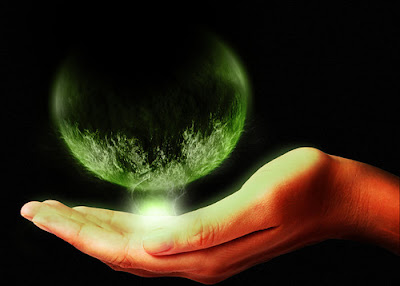 The Secret of Improvisation

“Nothing to it but to do it”


What’s the secret of improvisation? Simply put “there’s nothing to it but to do it”. “I can’t” you say. Yes, you can! “Everyone can act, everyone can improvise”. (Spolin Reading) In the words of the Austrian actor Karl Markovics: “there is no actor, there is no special kind of human being one can say at the first moment ‘this is an actor, he looks good, he’s self-assured, he’s an artist’, one cannot tell”. (Karl Markovics) For instance look at Sylvester Stallone as one of the highest paid actors today he constantly encountered rejection while pursuing an acting career. Look at Charlie Chaplin who as one of the most popular film stars in the world he terribly struggled to successfully give monologues on stage while first starting off. So what’s the crux of the matter? It’s purely up to you. You make it happen captain. In the world of improv you are the creator experiencing the creation. Now let’s go back into the origins of time.
“In the beginning the earth was formless and void, darkness was upon the face of the deep and wind was hovering over the face of the waters.” (Genesis 1:1) In the beginning of every improvisation there is a blank slate full of endless potential ready to be birthed vibrant with colors. Dark is the image yet to be brought into light. Shapeless is the scene yet to be given form and structure. Empty is the story yet to be filled with relationships, locations and emotions. Creativity is the wind stirring up the mind through imagination and at this point many directors enthusiastically shout out “action!” in a raging torrid tone to commence a scene once the light bulb of inspiration has flickered like an aura beaming above ones head. “Action!” is that “let there be light” moment where everything begins. This is as much a declaration as a command. This is where the creator comes into play. You as the creator/director have the authority to call forth that which is not as though it were. You can create something out of nothing just by merely speaking! This is the rudimentary elements of improv at its most base level. This is the building blocks to the making of improv.
The next point is speaking with conviction. You have to become whatever you imagine to create.  You have to give the impression that you are actually role playing. For the moment you have to lose your identity. No longer are you yourself but the thing you are illustrating. For instance think about how parents have to play house with their kids. In order to sound convincing they have to actually “play”. Improv is all about playing. Improv is all a bunch of games. If you’re not in the mind of playing you’re not in the state to improv. This destroys the creativity and flow. This sends the world of improvisation back into darkness because it breaks the spontaneity and halts the vibe. If you can’t vibe off your improv partner you lose communication. This becomes miscommunication and therefore disinformation in which the signal is cut. Vibing is your subconscious communication to improvising with other people. It’s what keeps the two of you building upon each other. This is magical rapport without which no relationship can be maintained. So you must play along with your partner in rapid rapport in order to not only create scenes but maintain them.
The other side of the coin to speaking with conviction is speaking through your body. Most of human communication is done through the body. Usually when you are speaking with conviction or caught up in an emotion of some sort it bleeds through with various facial expressions, mannerisms and gestures. This almost comes automatically when you are in the moment playing a character or scene. You will know what to do inherently and it will be communicated perfectly. This body language communication is unspoken but heard. Sometimes words cannot be expressed with human language so they have to be communicated through a different medium. Like the old adage a picture is worth a thousand words. Sometimes we need to see in order to believe which brings us to our last and final point.
The cornerstone to all improv is believing. You have to believe in yourself or else fear will settle in and cloud out all creativity and conviction in your voice and body because it will paralyze all your playful energies and powers to create things like superman next to kryptonite. Fear will destroy your confidence and squeeze out any creative juices in you. Don’t give into any insecurities whatsoever! “Don’t believe people that tell you ‘you are not talented’. Don’t believe people who tell you ‘you are no actor’ ”. (Karl Markovics) Most of the people that are least skilled in acting turn out to be the most funny. The reason being they’re not comparing themselves to someone else or trying to meet up with other people’s standards because that kills the fun. They are simply being the best of their kind and this relieves them of a lot of pressure. The key to improv is knowing how to free yourself from the pressure and fear of failure. These are like weights holding you down. Once you release yourself and free your mind becoming nobody but an instrument of expression you will then begin to fly in the heights of acting.


What’s the secret of improvisation? Simply put “there’s nothing to it but to do it”. “I can’t” you say. Yes, you can! “Everyone can act, everyone can improvise”. (Spolin Reading) If you truly believe in yourself you can do anything. “Nothing is impossible to him that believes” and this in no way excludes acting. So let’s make it happen captain!