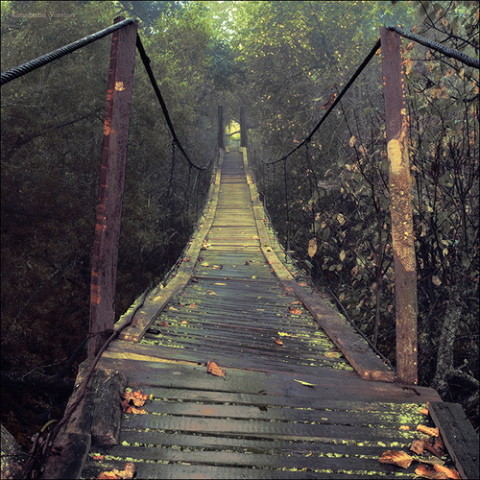 THERE once was a little girl named Zelda, all alone orphaned without a home, shivering in the cold of the night, sitting on the edge of a bridge, overlooking a raging river and sure fall to sudden death, but along came a man walking, having nothing save a guitar on his back and a hat on his head.
She looks in utter disbelief as the wind blows her hair away from her eyes to see this mysterious image slowly approaching her. For nobody has come to visit her believing that she is contaminated as if with some kind of contagious leprous disease that she inherited from her youth. This has plagued her since childhood and crippled her mind so that she can longer feel that which is most dear to her.
As if lacking any hesitation without even speaking he approached her abruptly as if confronting all her previous thoughts and preconceptions by deeply looking into her eyes while strumming a sweet melody into the air like a aroma, almost serenading her in rapturous love as if squeezing her and suffocating all her fears till there was nothing more, nothing less. In that moment of silence where it seemed like time had stopped she slowly looks down while blushing as if guilty of this undeserved favor but as quickly as that began it ended with a smile that would literally light up a entire room. It's almost like he had clicked the light switch inside of her for a moment of time or tickled her at the softest spot almost nudging her, like a cat, out of sleep to play.
With all her vigor and strength she jumps up for joy and hugs him to no end completely being absorbed in his bosom suddenly finding the air between her arms though the melody still lingering strong in her heart and the smile still stretched long across her face. As if painted the rain washes off her gleeful countenance as she in desperate and frantic haste looks in every direction in search for the man.
The wind whispers as if calling her way to follow after it, so attentively she listens to the sound as her heart beat pounds ever so fast to the ground stomp stomping of her feet running in everlasting search suddenly to be halted almost magically stopped by a voice within her saying "I am here. You need search no longer. I will never leave you, nor forsake you"! At this realization she falls to her knees in deep comfort and peace shedding tears of joy knowing that she has finally found a home and is no longer orphaned alone.
ELO!nk
Posted by Melo San Chaz at 9:17 PM No comments: 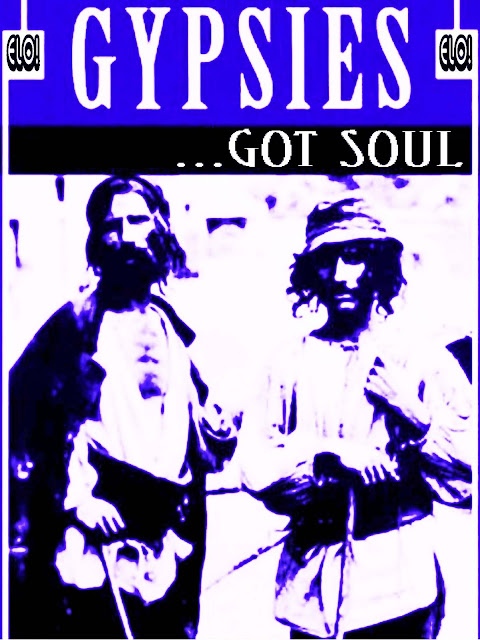 Come one, come all on this great musical voyage of the gypsies
Flamenco "is the art of desperate measures, the winning of a fugitive grace from failure, bankruptcy, shame. Its the spirit of sly abasement, of anti-nomian reversals and tear soaked triumps that makes it so inherently religious."
The virtues prized in the flamenco are considered defects. "there is 'an aesthetic of ruin which praises aged artists,' a 'cult of amusicality,' 'a counter aesthetic of paroxysm and suffering,' of hoarse, broken, croaking nasal voices, tarred by the gypsy.' 'to be really great, you have to be really horrible. you don't say a singer has a beautiful voice, but 'una voz que hiere,' a voice that wounds.'
"once she'd burned her throat raw and lost her breath, 'brankrupt[ed] her native gifts and dismissed[ed] her surest techniques," could she find her voice."
"cante jondo (deep song), a music characterized by silences and breaks within a word or couplet, starling shifts of rhythm, trance like repetitions of nonsense sounds, whines, howls, groans, wails, and weird thrills and vibrati, along with background encouragement of the lead singer from other musicians."
"...making a bow, she tripped on her stiletto heel, toppled over the edge of the stage, and in hideous slow motion, fell into the audience." It's almost like she "willed herself to fall. Because it required just such a sacrifice such a comic catastrophe, when everyone present had to swallow the terrified compulsion to laugh..."
Weddings are the most sacred of gypsy rites.

"they were as elusive, as liable to vanish, as if they still moved in caravans." "gypsy time" was like one of those fairy tales where a thousand years in "our" world is a moment in fairyland".
You have just experienced the "mystical fellowship of gypsies"
TO BE CONTINUED.....
ELO!nk
References:
Little money street : in search of Gypsies and their music in the south of France / Fernanda Eberstadt.