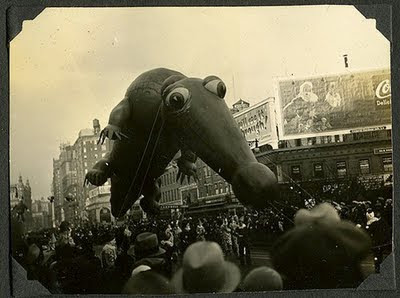 Prophecy: there is coming a parade of epic proportions that will span across the whole globe in almost a wave like tsunami of love. this is not a parade in the general sense in which groups follow in succession line after line but in more of a scattered formation, its rather a continuum or radius of palpable affection whereby all people within its confines will come under the influence. this is a nomadic wandering parade that has no beginning and no end whatsoever. everything that this parade treads upon will be turned into pure gold and behind it goes a oasis and garden of tranquility, a grandiose amuzement of gaiety and joy.


Mission: to redeem the lives of all the lost gypsies and minorities who were pushed onto the fringes of society, misunderstood, ostracized, killed, left out for dead and forgotten.
Cause: to completely overthrow the negative disparaging stereotypical image of "the gypsy" or any other minority to a more favorable and true one, to eliminate the need for gypsies to hide in darkness for fear of being identified, a call for gypsies to rise to their destiny as princes and lords of the earth. from the ashes of destruction rises a army never before seen and likewise never forgotten.


Method: Love: random acts of kindness for random people. spontaneous excitement and exhilaration by means of instruments whereby all physical senses are raised out of the body to another realm, a state of nirvana.
Purpose: to revive the spirits, alleviate the hardships of life (by distraction of amuzement through focusing on a higher existence, a greater human reality) and provide a charm over the monotony of work.
Nature of the event: festive - a purposeful celebratory nomadic march (behram means victory/victorious in persian and iranian) parades are usually held as celebrations. you don't mourn or cry upon victories, you dance, sing and rejoice.
Destination: from here to there and everywhere. 'It's no so much the destination but the journey'. a heightened state of consciousness whereby hopefully we all as human beings may come to live in peace and harmony at least in the midst of chaos and destruction.
Who we are: foreigners, strangers, aliens from another world sent to establish a eternal kingdom. we are born from above as spiritual beings simply passing through this world having a earthly experience. we are colorful personalities, each unique in their own right, possessing various talents and gifts to share with the world.


Where to find us: gypsies are found somewhere near heaven. 'the kingdom of heaven is among you'. open your eyes and you will see.

History: In the year of 420 A.D. "Behram Gour, a wise and beneficent prince of the Sassanide dynasty (226 b.c – a.d. 641) realized that his poor subjects were pining away for lack of amusements. He sought a means of reviving their spirits and of providing some distraction from their hard life. With this end in mind he sent a diplomatic mission to Shankal, King of Cambodia and Maharajah of Indian and begged him to choose among his subjects and send to him in Persia persons capable by their talents of alleviating the burdens of existence and able to spread a charm over the monotony of work. Behram Gour soon assembled twelve thousand itinerant minstrels, men and women, assigned lands to them, supplying them with corn and livestock in order that they should have the wherewithal to live in certain areas which he would designate; and so be able to amuse his people at no cost."

Details:there will be a assembling of musical, theatrical and artistic bands. One king (leader) is designated over each band. Bands will be sent out to various places of civilization bringing a foreign and exotic element to the local society. The number of gypsies in each band will be determined by popular demand and availability.
Accessories: voices, hands, instruments of all kinds, colors, banners, music, dance, drama, mime, animation, animals, magic, arts, puppets, cars, etc.