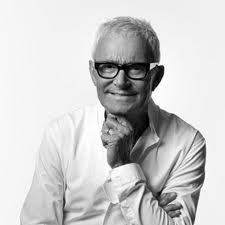 MUCH BIGGER than a HAIR DRESSER
‘i'm sitting here 60 years later thinking ‘how did it all happen’?
‘so much adventure happened.’
WHAT HE SAID
If I was going to be in hair dressing with no other way of earning a living the craft would have to change or I would
I would sit alone and ponder ‘how do you change something’
I didn’t want to do hair dressing the way it was done.
‘you see hair dressing was a art form’. ‘when I looked at the architecture, the structure of buildings that were going up worldwide you saw a whole different look in shape, my sense was that hair dressing definitely needed to be changing.’
‘great architects was my inspiration’
If I had went to college I would definitely have been a architect, that was my dream.
For me, hair meant geometry; angles and bone structure, cutting uneven shapes as long as it fitted that face and bone structure. So it meant in essence getting away from the old fashioned hair dressing. It wasn’t for me. 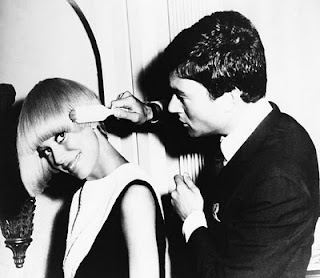 Always take out time to look after yourself. If your body is not right your mind will react. If you mind isn’t right your body will react. You have to essentially work on developing the mind if you can. the only thing I regret not having is four years of college to expand the mind so that it would take in so much more but physically I was always swimming, always made sure I worked out, took a massage, and it worked for me because I could work 14 hours a day.
I think in any industry or craft you need to spend more time at it if you want to become good than the average it is not a 9 till 5 thing it can be a 14 hr day.
There were many lonely down times that I would sit in my flat and think ‘im wasting my time’
“most of my progressive thoughts in work and attitude had been when i was alone
i was looking down upon maybe a thousand or more people i didn't feel part of the crowd. in my own loneliness there was always this sense that I wanted to be a winner, in the final analysis in all that’s been said my heart was in hair, always has been, still is.
I think one of the most difficult periods for me personally was the divorce. The divorce really affected me and it affected my judgement that I made certain decisions I may not have made had I not been in the state of mind I was in at the time.
I think the soul of America is at risk. There are so many areas where greed has taken over, where mistakes are made. What happened in new orleans is a total disregard for the fundamental human instincts.
Philanthropy from a individual point of view I think is absolutely essential. It also gives you a spiritual awareness that I can’t get from religions anymore.
From my point of view if you bring back the spirit, that sense of purpose and awareness of the 60’s we’d be much better off.
"i would love to see some young person with enormous energy create something new, create something different. when everybody tells you, the doubters say 'it can't be done' 'you'll go broke' 'all kinds of tradegies will come your way'. NONSENSE!
if you can get to the root of who you are, the gut of who you are and make something happen from it in whatever field my sense is your gonna surprise yourself'
WHAT OTHERS SAID
He was a ordinary person coming from very humble beginnings.
There was something magic about what vidal was because he would dance’. ‘Vidal cut with his whole body. He would move, he would sweat, he would make faces’.
Every single hair dresser owes that guy something. its not the geometric haircut that we have to thank him for it is todays hair cut that we have to thank him for.
He revolutionized not just hair but fasion.
The hair cut had a huge influence on architecture, design in general, furniture, films; a whole visual world.
This started a revolution..
The shape may come and go but what he gave to women the way he probably liberated women is like something that is bigger than just being a hair dresser.
You get to a certain point in your life that you are aware each day is a special day because understand that there are less of them to come. And I think that he is very, very aware of that.
He has the most incredible political conscience of anyone that I have known. He loves the idea of generosity of community. He loves the idea of giving something back. 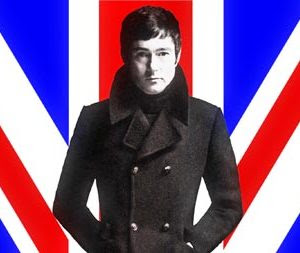 How fortuitous to be able to touch the human frame. To be exhilarated by a craft that constantly changes; to hold that substance growing from the human form that molds, creates spontaneous fashion. to be involved in the poetry of change.
'if you read vidal's life it would read as if it was quite tough. he took what was presented and used it to motivate himself absolutely, he was determined to be great at something so that's part of his legacy as well that you can in fact grow up in tough times, you can create a path that hasn't been created, you can do something in any field and you can help people'
Source of Material
DVD - Vidal Sassoon: The Movie
ELO!nk
Posted by Melo San Chaz at 11:40 PM No comments:

the makings of a great man.... 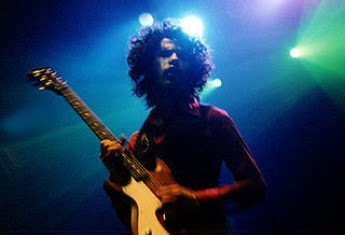 BEFORE
"Rodriguez-Lopez grew up in El Paso, Texas, but spent some of his childhood in North Carolina, where he would become confused with his self identity. He would straighten and dye his hair blonde and even went through a time of violence. After leaving the city before the age of 18, he spent time traveling across America. During this time he saw his life going nowhere, as he abused drugs such as heroin and crack cocaine, and engaging in such activities as "dumpster diving" to obtain food. He was a self-proclaimed bum."
He states:
"During the time of At The Drive-In, I was still a drug addict, so I was very much under the spell of not liking yourself and not believing in yourself, hating yourself and trying to destroy yourself at all costs. So, what that did was hinder my true self, to hinder what it is I'm capable of. I was constantly putting myself down and limiting my role," explains Omar. "I think a lot of that came out of fear, out of saying, 'I'm not good enough to... I'm not smart enough to... I couldn't possibly... So I'm just...,' and once I quit doing drugs and once I started The Mars Volta it started flipping and it became the opposite, it became, 'Wait a minute, I can do anything I feel like doing. I'm only limited by my imagination.' And all of a sudden there was this big realization that, 'Wow, that applies to everything in life.' So, if I want to grab control of our business and if I want to grab control and have it be my band and not have it be this fake democracy we had in At The Drive-In then I can do that, too."
"Contrary to the popular belief that once rock stars sober up their music sucks, it took getting clean for things to really take off for Omar. "I bought into the great lie of drugs which is, 'You need me in order to be creative. You need me in order to be yourself','" he says. "And once I saw the other side and said, 'Oh, well, not really, actually all that's doing is magnifying things that are already inside of me. So, why can't I be the magnifying glass? Why do I need something?' Once I sort of grabbed onto that thread it's been hard to let go ever since. "
and now:
"...Rolling Stone lists him in their current "Top Greatest Guitarists of All Time", but he is so much more. He's a brilliant composer (he writes every single note you hear on a Volta album as well as his solo work), bandleader, producer (he's produced every solo and Volta album since their 2001 debut, which he co-produced with Rick Rubin), label/production company owner of the newly formed Omar Rodriguez Lopez Productions (which grew out of GSL Records when it closed in 2007) and perhaps most important, a visionary!"
AFTER
Sources:
http://www.jambase.com/Articles/18689/Omar-Rodriguez-Lopez-Genius-Set-Free/1
http://www.purevolume.com/omararodriguezlopez
Posted by Melo San Chaz at 11:56 PM No comments: