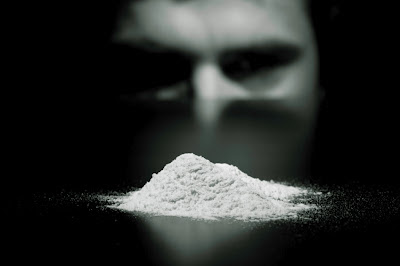 a NEW KIND of ADDICTION
Is it only a coincidence that both cocaine and sugar are almost identical?
Sugar has become a silent epidemic in our world today because it is killing people softly as they indulge into its deadly sweet tastes. Research Editor Maddie Oatman at Mother Jones says:

"it's been linked to metabolic dysfunction, which can lead to heart disease, obesity, liver disease, and diabetes. In 2011, the United Nations declared that for the first time ever, chronic non-communicable diseases like these posed a greater burden on the world than infectious diseases."

The increase of sugar intake is directly proportional to the increase of body weight. 75 percent of all health care dollars are spent on treating sugar related problems!
The reason sugar has spiraled out of control is because of its subtle addictive nature. The nature of sugar is tricky in that the more you consume of it the more you want. This is a new kind of withdrawal. Sugar has a way of suppressing the hormones in your body that register when you've had enough to eat. Hence our dependency on sugar and consequently the increase of body weight. Therefore with this endless cycle of blind dependency there is no end to the ramifications of medical problems. As long as we play along with this white substance, that we call sugar, as something that is angelic and innocent it will be as if we were actually dumping cocaine into our drinks.

Although sugar is potentially as dangerous a toxic and even more addicting than cocaine we treat it as a light subject. There is a double standard here. Let me explain. You see firstly fructose, which makes up sugar along with other molecules, is as equally damaging to the liver as alcohol. Secondly sugar has been directly linked to metabolic dysfunction. This is of grave concern since sugar has been added to all processed foods. Most of the snacks, condiments, breads and beverages we consume are filled with sugar. Thus sugar is essentially now unavoidable which means that metabolic dysfunction likewise is hypothetically unavoidable.

The situation we examine here is parallel to how when cocaine used to be a main ingredient in coca cola. In fact even before this a chemist mixed cocaine with wine in order that it could be transported to Europe without damaging the coca leaves. Shortly after, he made this a beverage called 'vin mariani' which was endorsed by the queen of england and the pope at the time. Over in Atlanta a pharmacist changed up the concoction by adding caffeine to the mix. When the consumption of alcohol got regulated they replaced the cocaine filled beverage with sugar syrup and carbonated water and called it 'coca cola'. Eventually the coca was taken out of the cola for obvious reasons and it became what we know of as today: a sugar carbonated drink. (Hypothetically, in my presumption the psychological impact of the presence of cocaine in coca cola still lingers on til this day as a shadow that hooks people into consuming soft drinks as if the cocaine was still present. In my opinion it is also the use of constant brainwashing advertisements through media and the drug like sugar effects that cause a cocaine like addiction to the non alcoholic or non drug filled products of soft drinks)


With the presence of cocaine out of the way a new problem arises even greater in impact with the inclusion of sugar. I am not saying that sugar is more of a 'dangerous drug'. Besides sugar is not something we are told to resist in commercials or in school. There is no prohibition against sugar. There aren't any adverse side affects to sugar. So how can sugar be so dangerous? The very fact that it is so normalized lies the problem. What is dangerous about sugar is how socially acceptable it has become in our society. We don't see the damage it has caused upon our bodies until later on.
The difference between cocaine and sugar is that cocaine was formally only in coca cola whereas sugar now is almost in everything. Cocaine now is extremely expensive whereas sugar now can be bought with a quarter or got for free on certain holidays like Halloween. Not only is cocaine a social taboo but it is extremely expensive which makes it even more inaccessible to most people. On the other hand sugar is a social norm which makes it even more accessible to anyone at any quantity in any form at anytime anywhere. You could sniff, smoke, inject and chew sugar if you wanted to. It might not be as dangerous as cocaine but on the long run its equally as dangerous because of its silent nature. With cocaine you can realize its harmful affects and immediately stop using it like we did in the past but with sugar by the time you realize what its doing to you the damage has already been done and some people aren't even lucky to escape its grip hence the diabetics.
Now don't get me wrong i love sugar. I am no vegan or super health fanatic. I enjoy sweets and soft drinks more than i should. I'm not trying to be a anti sweets preacher cause i would be the greatest hypocrite. I just like to be conscious of whats going on in the world which i think directly parallels our eating habits. I think the craze of sugar is related to our need for immediate satisfaction and pleasure. We would rather consume the things that taste good in the moment instead of the things that profit our bodies in the long run. We have less tolerance for things that are bitter and hard to shallow. We have become a carbonated 'watered down' and 'soft' drink generation. It's hard to find anything pure anymore. We don't use our teeth as much anymore. Everything is swallowed whole and accepted. Nothing is ever tested. So it becomes hard for things to be regulated. Without this separation there is a overload of pressure in peoples lives which leads to a eventual meltdown. We have been lured to sleep with sweet stories from birth but have not been properly nutrition-ed to grow up as adults. We have been weaned into consuming things generic instead of the real stuff so that our bones are brittle and weak. We are breeding a people that from birth are dependent on all things sugar, spice and everything nice. It is a addiction. This is the new crack cocaine. Sugar.
Sources Cited
http://www.thenakedscientists.com/HTML/articles/article/putting-the-coke-in-coke/
http://motherjones.com/blue-marble/2012/02/sugar-toxic-regulated-alcohol-and-smoking-ucsf
ELO!nk
Posted by Melo San Chaz at 9:42 PM