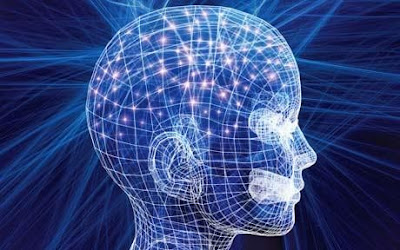 ENTER the WORLD WITHIN

The brain is the source provider of all the feelings in your body. These feelings produce emotions which open up the imagination capable of causing your thoughts to envelope around you like a tangible bubble. From this you enter the world within which through constant desire becomes the world without.

Everything that was created was made by a intelligent mind. There are religious and scientific theories that the whole universe exists inside a great cosmic mind.  Prabhat Ranjan Sarkar, an indian philosopher, 'describes the universe as a result of macropsychic conation'  being that 'the entire universe exists within the cosmic mind'. In sanskrit the word for universe is "brahmanda" which means expanding egg. In order for a egg to develop into a mature living organism it would require information and for that information to create such a complex system it would need to be highly intelligent. Cyberneticist David Foster describes the universe as the product of 'high intelligence' but there can be no intelligence without the assistance of a mind. Astronomer Arthur Eddington says 'the stuff of the universe is mind-stuff'.  Astronomer James Jeans says that the universe is beginning ‘to look more like a great thought than like a great machine’. Theoretically, if the entire universe is just a great big thought then that would mean we exist inside a great big mind.

Along the same vein every invention in human society once existed inside the mind of man. The invention of chairs, electricity, computers, phones, tvs, phones, instruments, etc etc once came from someones imagination. Therefore the world, culture and technology that we live in today is all a product of our collective thoughts. Man imagined the world with lights so we have electricity. Man imagined the world with air travel so we have planes. Man imagined the world with long distance communication so we have phones. All these things make up the 21st century. A thousand years ago no one would have imagined the kind of technology we have today because the ideas that now shape the way we live was once in infancy just like how the universe before the 'big bang' advent, according to scientists, was once condensed down to the size of a pea! Now it is limitless and ever expanding. Such phrases like "big things come in small packages' and 'big things have small beginnings' takes on a whole different meaning! Though we only use less than ten percent of our brains we have still managed to land on the moon and where humanity finds itself the next thousand years will be determined by the collective imaginations of society.

Consequently we see from the aforementioned that the future is no longer a abstract thing that cannot be touched or is at fates helms. If the world was created by a great cosmic mind and everything within our culture and social world comes about through the collective imaginations of society which breeds actual results in the physical world then the future lies within us! We all hold the future within our own imaginations. Since there are many conflicting and diverse thoughts floating around the 'newsfeed' of humanity  innumerable different versions to the future exists. Those communities of thought that dominate will take precedent into the worlds collective future. Those schools of beliefs that are not as strong will quickly die and never see future generations. Whoever holds the greatest frame of reality constructs our reality.

Hence the reason why media, entertainment and social networks are the anchor in public interest and the subject of conversation worldwide. People all over the world know more about lady gaga's lyrics, music stars songs, hollywood movie actors lives, events in television shows, etc than they do about history, government, geology, science, math and languages. Media and entertainment has created a frame of reality that is constructing peoples lives from birth so that whatever is pumped out of the tv screen is believed. This is how the earth was once the center of the universe, this is how political rulers like Adolf Hitler were able to create a world of destruction and hate, this is how slavery in the west was allowed to exist, this is how prostitution, female genital mutilation, eugenics, wife killing, molestation, child sacrifices is tolerated in certain countries, this is how entire cities with innocent civilians can be wiped out by nuclear bombs. A frame of reality existed that allowed that kind of future to develop in society.

NOTE: a call for media and entertainment as the crux of the direction towards the collective future to hold in high regard their profession as having a great sway in the general public and vice versa the world as a whole. if millions of dollars are used to create films, television shows, art shows and performances in music lets make sure it has a positive impact on the world so that we can progress peacefully into greater technological and environmental adjustments. or else all that money can and should go to the less fortunate in the world who out number us all.