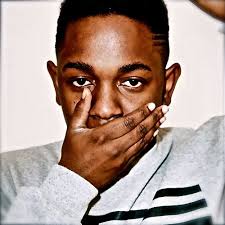 Kendrick Lamar Recent Buzz??!!
Word is out about a Kendrick Lamar verse that was dropped having everyone in uproar, outraged and shocked. It has been even taken down on several different platforms. All the rappers heads have been turned giving Mr. Lamar a lot of attention that in his own words he rightfully deserves. We all know the n**** is changing the game but really go this far dissing all the current great artists. I’ll let you decide for yourself check out the verse below:

Kendrick Lamar’s Outburst
I got love for you all but I’m tryna murder you n——-
Tryna make sure your core fans never heard of you n——-
They don’t wanna hear not one more noun or verb from you n——-
What is competition? I’m tryna raise the bar high
This is who he was speaking to:
Jermaine Cole, Big KRIT, Wale, Push T, Meek Millz, A$AP Rocky, Drake, Tyler, Mac Miller and even some of the rappers on his album.
Kendrick Lamar’s Lack of Control?
Ironically the album is called ‘control’. Ya think Kendrick lacked some. Possibly but it produced a definite positive response from P. Diddy check it out here:
"If Larry Bird and Magic Never challenged each other - the game wouldn’t have made the strides that it did. Same with Music." And, "Hip Hop was born out of competition and raised by battles. This is what Music needs."
Kendrick Lamar is HEARED LOUD & CLEAR
Apparently his n***** are no longer asleep and they know theirs competition. This only makes the rap game a lot more juicier.
We are also changing the game in the network marketing industry. There has been more growth in our company than ever before, more commission being paid out than ever in history. If you don’t get on board with what we are doing i don’t think even jesus can save.
Don’t be stupid easy cash is flowing to our team every week and month check out how we get paid —> http://residualtakeover.com/?s1=nomorebrokelife