LAW OF ATTRACTION: THE 'I AM' SECRET TO MANIFESTING ANYTHING INSTANTLY LIKE MAGIC!

The 'I AM' Secret of Manifesting Reality


When God revealed his name the "I AM' he wasn't expressing the essence of His nature he was also showing us a secret to manifesting.

God said to the Israelites that everything that He heard them say he will do to them exactly what they said of themselves and He did.

Jesus said ask anything in my name and i will do it. Jesus said if you believe in your heart and do not doubt you will have what you say.

Jesus said that with faith anything is possible and that with God nothing is impossible.

There is a correlation with faith and manifesting. faith and reality. faith and your future. 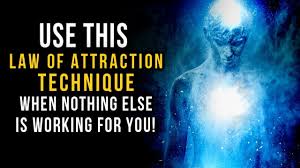 The 'I AM' Secret of Speaking & Manifesting

What you say and believe will come to past. The more you say it the more you'll believe it and the more it will become a action. And that's where the key is in the action.

As i mentioned in the previous video about the 7th Hebrew letter zayin and its relationship to the sabbath is that everything is already finished and accomplished since the foundation of the earth in Christ. the 7th day of creation was a shadow foreshadowing our position in creation. 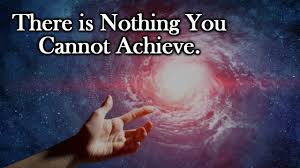 The 'I AM' Secret of the Zayin

The Vav is the descending light from God. Since the Vav is the 6th letter of the hebrew alphabet and the world was created in 6 days that represents Gods works. Mans participation in creation stem from the 7th day of creation which should be out of rest. meaning that every work that we do is merely a walking out of something that is already finished. meaning that everything we do literally has already happened and God is waiting for us to step into that dimension where he has already completed the works for us. That is how the 7th letter of creation works the returning light the zayin.

God gets the glory in all of creation because at the end everything that happens and will ever happen was by his design, foreknowledge and working. No person will be able to boast in their life works because every work we do is merely a walking out of what has already happened and could not have happened unless God didn't finish the works since the beginning.

So going back to the name of God where He says 'I AM THAT I AM'. You have to start speaking that which you want to become because you already are that. 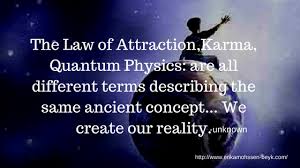 The 'I AM' Secret of Superposition

Listen God said that he will send a angel before you to bring you into the place he has prepared for you. Meaning your future, the promised land, etc is not based on a timeline. Its not a tomorrow type of thing. Your future is in another dimension that God already exists in and has prepared for you. And in order for it to exist God has to be there and scripture says wherever Christ is so are you and as Christ is so are you in this world! so you have to start speaking from the place you are at in the spirit with Christ not from the place you are at in your flesh with your natural eyes remember that is temporary and fading its not real. That which is of the spirit is eternal and real.

And as i have mentioned in previous videos about the electromagnetism of the heart and its correlation with the electromagnetic fabric of the external world around us we essentially are creating the reality in which we speak because our words are literal seeds that impregnate he vacuum space around us and all of time and reality in the entire multi universe since all electrons are connected and conscious so the entire universe and universal mind if you will hears you speak.

what we feed into the universe is the reality we get back. the words we speak are vibrations with dna attached to them and that sound creates light and that light is life or in other words forms of creation. these forms of creation are geometric, fractal and holographic. so the future intent of what you speak is contained in every tiny gluon, quark, proton and electron that transmutes according to the vibration and frequency of your voice. this is the alchemy of creation. this is how God created the world by his words. this is how you create your world by your words. 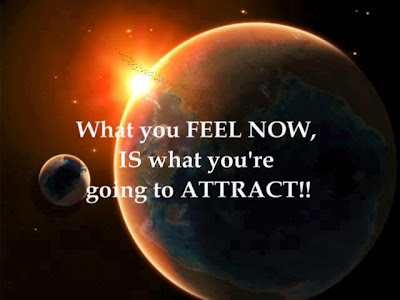 The 'I AM' Secret of Immutability

Lastly, heres a little bit of determination tips. as focused God is about completing and fulfilling the words that he spoke so should you be. God said that heaven and earth will pass away if His words don't come to pass. You have to act as if the whole world will end if your words don't come to pass. Pray as if its up to God but Act as if its all up to you. It has to become a impossibility. a mathematical improbability. you have to view your future as a mathematical certainty. that it is impossible for you not to succeed that its impossible for God not to fulfill his promises. God will but God responds by faith. So he likes to see you believing in what he says.

All you have to do is believe since everything is already finished and everything has already happened. And the main ways he sees you believing in what he says is by your words and your actions. this is when the faith doors open up and you can effortlessly walk in the Zayin finished works of Christ. this is when you start to manifest your dreams and goals instantly like magic.

Email ThisBlogThis!Share to TwitterShare to FacebookShare to Pinterest
Labels: I AM, law of attraction, manifesting